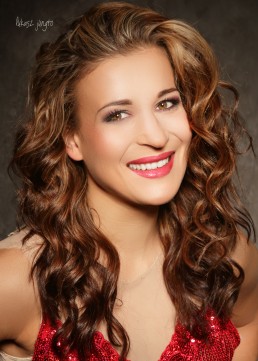 ANNA FILIPOWSKA
Anna Filipowska - acrobatics is her passion! Her life has been inextricably linked with this sport for the last 20 years. She was a contestant of the club AZS AWF Katowice, multiple Polish champion in Sport Acrobatics, the representative of Poland in the World and European Championships in the Juniors and Seniors categories. Her biggest achievement is the 5th place at the European Senior Championships in Sport Acrobatics.

Anna Filipowska is a Master of Physical Education in Katowice, the coach of the second class of sport acrobatics, the instructor of gymnastics, as well as the instructor of physical recreation - fitness and of the physiotherapy exercises.

After the end of the career, she continued her adventure with acrobatics as an artist performing acrobatic tricks on the stages all over the world. She took part in a world-class circus and acrobatic productions, such as Chimelong International Circus in China, Phantasialand Wintergarden show in Germany, Costa Crociere in Italy and many others.

In the fifth edition of the ‘I’ve Got Talent” show she won the 3rd place in the final. 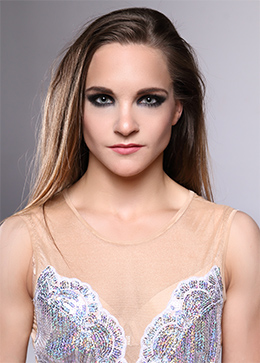 BARBARA CHLEBISZ
Barbara Chlebisz- involved in the world of the sports acrobatics for 16 years. Until the end of 2015 she was an active competitor of the club AZS AWF Katowice, where she trained under the supervision of Dr. Renata Firak and Dr. Christopher Wilusz. For many years she has belonged to the National Team and represented Poland at both the national and international arena. A Polish champion, a medalist of the international tournaments in both the team shows and jumping on the trampoline in the master class. Her greatest achievement is winning the fifth place at the European Championships in female acrobatic trio in the senior category. After the end of their sporting career she has performed for several months in an acrobatic circus Flic Flac in Germany.

She specializes in female acrobatic trio , hand-balancing dancing shows and acrobatic shows on the trampoline. 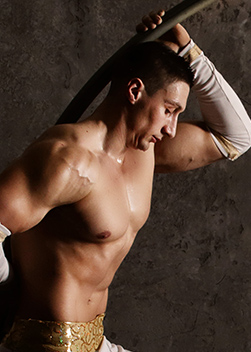 PATRYK NIEKŁAŃ
Involved in the world of sport from an early age, training basketball for about 10 years. His passion is strength training. In 2014, he won the third place at the Polish Championships in gymnastic fitness.

Patryk is a world-class artist. He specializes in the shows of the wheel acrobatics. His authorial program has been shown in global acrobatic productions such as Wintergarden Show Phantasialand or on acrobatic shows on the ship Costra Crociere. It is characterized by exceptional efficiency and power, creating a dynamic show which delights the viewers. 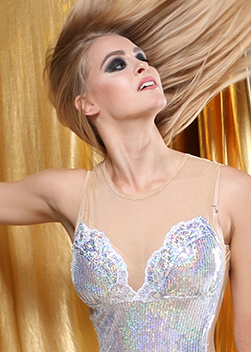 AGNIESZKA RAWINIS
She was training sports acrobatic in the Club AZS AWF Katowice for 13 years. During the last four years of her sporting career she represented Poland at the World and European Championships. Her greatest achievement is the twofold title of the champion in Polish Junior and Senior championship in 2012 and the sixth place in the finals at the World Championships in the USA in 2012.

After finishing her sports career she has been using her skills in acrobatic shows. She performed on the events organized by such brands as H & M or the opening of the EXPO Hall Arena Masuria. Her specialization is female acrobatic trio shows and water bowl acrobatic shows.

Her shows are full of grace, elegance and style.
Please choose who you would like to see
at your event and write to us.

ZAJĘCIA
We use cookies to ensure that we give you the best experience on our website. If you continue to use this site we will assume that you are happy with it.Close